Be Careful Not to Set this Image as Your Wallpaper 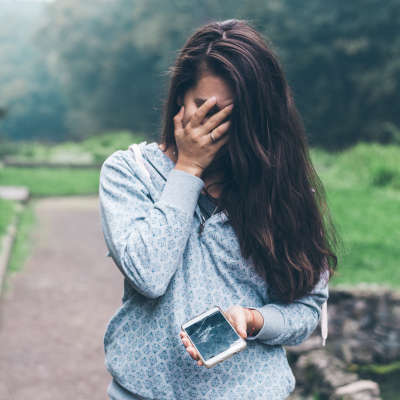 Be Careful Not to Set this Image as Your Wallpaper

What would you think if I told you that you could break your smartphone by setting the wrong picture as its background? Well, you had better start thinking it, as a photograph has been discovered that has precisely that effect when it is set as the wallpaper. Let’s unwrap this admittedly crazy story to get a better handle on the situation.

A certain image has been found to precisely have this impact. If used as an Android device’s wallpaper, this image would cause the phone to crash, and then refuse to boot back up… even in safe mode. The only was to get the phone working again is a hard factory reset, which wipes the device. As a result, if your phone wasn’t backed up beforehand, you’ve just lost all the data on the device.

The kicker is that users will have no problem if only viewing the image, or even having it downloaded to their device. It only comes into effect when the image is set as a background on an Android device (particularly those recently developed by Samsung).

I’d Bet You Really Want to See This Image, Huh?

BEFORE YOU GO ANY FURTHER, DO NOT TRY AND MAKE THIS IMAGE YOUR WALLPAPER. VIEWING IT IS OKAY, BUT DO NOT SET IT AS YOUR MOBILE DEVICE’S WALLPAPER IMAGE.

Okay, now for the image:

WARNING！！！
Never set this picture as wallpaper, especially for Samsung mobile phone users!
It will cause your phone to crash!
Don’t try it!
If someone sends you this picture, please ignore it. pic.twitter.com/rVbozJdhkL

How Does This Image Break an Android Device?

After doing a little bit of digging, it is apparent that this photograph is the work of Guarav Argawal. Despite Argawai owning the copyright to the image, it has made appearances on many smartphone wallpaper sites as of late.

The issue presents itself in the data that is hidden inside the actual file. It is common for images to have this kind of metadata. Digital cameras, for instance, will keep a record of the camera type and active settings, the time and date this image was taken, and other details like the ICC profile. This profile contains the details on an image’s color profiles.

A modern device is only built to display certain colors, which isn’t usually an issue for us as our eyes are limited in what they can see. Color profiles are used to standardize the colors used in an image to help make what is displayed from device to device more uniform. Ask a graphic designer or photographer, and they will likely have a lot to say about color profiles.

This is where the issue arises. This particular image makes use of an uncommon ICC profile, and presumably not one that Android was ever taught to play nicely with as a wallpaper. The image can even be saved safely to one’s phone with a more standardized color profile, despite this impacting the image.

Making the situation seem even more unlikely, it appears that it is only a single pixel that is causing the whole issue. With this one pixel presenting itself in an unusual color for the ICC profile (it can be found somewhere in the clouds and their pink-tinged lining), smartphones just can’t cope.

So, If I Don’t Set the Image as a Wallpaper, I’m Okay?

Almost. The bigger issue that this brings up is that there is now the opportunity for cybercriminals to reverse-engineer this issue and use it to create problems for millions of innocent users. All that this would take is to adjust an image to have this uncommon ICC profile and make sure that one pixel has the right values to replicate the crash.

The key to avoiding this issue is to be very selective about where you get your wallpaper images. Our best advice is to stick to using the official stock wallpaper options that come with your phone, or to use a favorite picture that you took yourself.

Have you seen someone have an issue like this before? Share some of your odd stories with us in the comments!